Thank you for booking!

Note: Your reservation request will be expired after 24 hours. 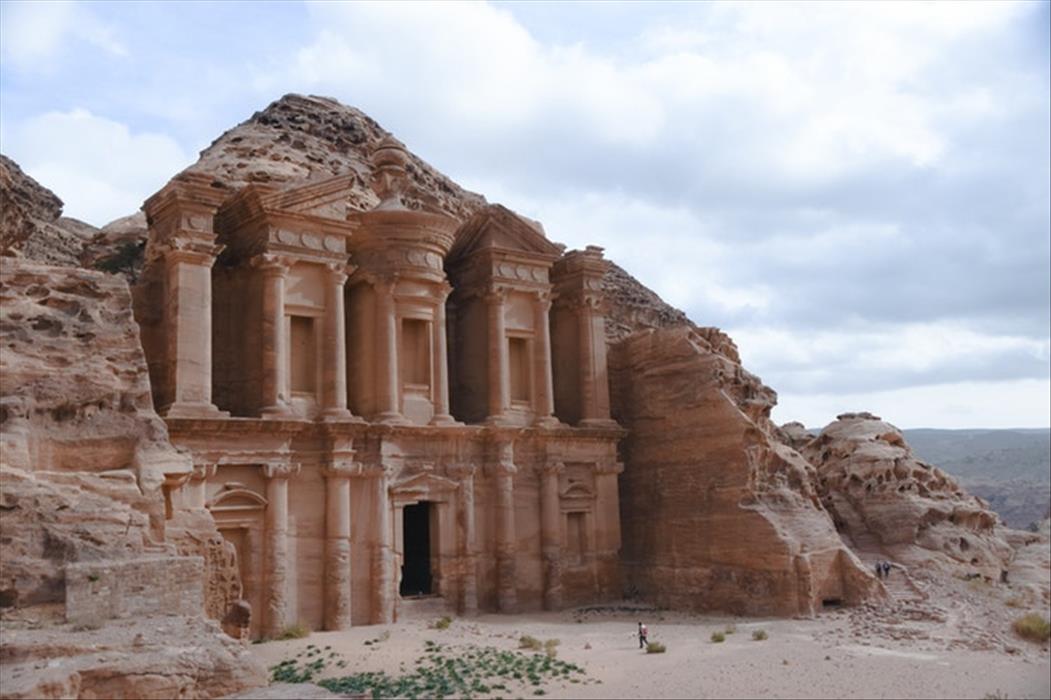 Authoritatively the Hashemite Kingdom of Jordan (Arabic: المملكة الأردنية الهاشمية‎ Al-Mamlakah Al-Urdunnīyah Al-Hāshimīyah), is an Arab nation in Western Asia, on the East Bank of the Jordan River. Jordan is circumscribed by Saudi Arabia toward the south, Iraq toward the north-east, Syria toward the north and Israel and Palestine (West Bank) toward the west. The Dead Sea is situated along its western fringes and the nation has a little coastline to the Red Sea in its outrageous south-west, yet is generally landlocked.Jordan is deliberately situated at the junction of Asia, Africa and Europe.The capital, Amman, is Jordan's most crowded city just as the nation's financial, political and social focus.

Arrive at Queen Alia International airport, meet and greet by our representative and then transfer to your booked hotel. Dinner and overnight at hotel.

After breakfast drive towards Petra for Full day Sightseeing. Petra The vermilion city of Petra, which is often described as the eighth wonder of the world, is undoubtedly Jordan's most precious treasure and its most visited tourist site. A vast city carved out of stone by the Nabataea’s, an ingenious Arab people who settled in Jordan more than 2,000 years ago. It was a strategic crossroads at the junction of the silk and spice trade routes connecting China, India and southern Arabia to Egypt, Syria, Greece and Rome. You will take the unique entry point of the city, the Siq. It is a narrow gorge 1km long. This path can be taken in a horse-drawn carriage or on donkeys. You will then fall on the Treasury, the royal tombs, the court, the temples, the amphitheater, the church. Back to hotel. Dinner and overnight at hotel.

After breakfast drive towards Jerash. Jerash is situated on a plain surrounded by wooded hilly areas and fertile basins. Conquered by General Pompey in 63 BC J.C., the city fell into the hands of the Romans and was one of the top ten cities of the empire, within the Confederation of the Decapolis. The city enjoyed its golden age during the Roman reign, a period when it was known as Gerasa. Today, this site is considered one of the best preserved Roman provincial cities in the world. Hidden under the sand for centuries before being discovered and restored for 70 years, Jerash is the epitome of extensive and formal Roman municipal planning throughout the Middle East. It is decorated with cobbled streets, colonnades, huge temples on the crest of the hills, delightful theaters, spacious public squares, thermal baths, fountains and walls pierced by towers and grilles. Later drive back to Amman. Dinner and overnight at hotel.

After breakfast visit to Amman city with the visits to the Archeological Museum the Citadel and the amphitheater, then road towards Dead Sea. Amman situated in north-central Jordan, Amman is the administrative center of the Amman Governorate. The city has a population of 4,007,526 and a land area of 1,680 square kilometers (648.7 square miles). Dead Sea it’s the lowest point on earth (402 meters) below sea level .It becomes (1) meter lower every year. One of the most salty bodies of water. Hence to its name no plants or animals can flourish inside it. It’s considered as the first health resort. The swimming is similar to floating .It lies in the “Jordan rift valley. Drive back to Amman. Dinner and overnight at hotel.

Breakfast at hotel and bid a farewell to the fascinating city and drive towards QAIA for departure.